El Salvador Missions What we doEducation in El Salvador

Education in El Salvador is made up of public, private and religious schools. The education system is made up of one year of kindergarten called Preschool, 9 years of basic education, three years of secondary education and higher education is at two universities and several specialized postsecondary institutions.

The curriculum at the basic and secondary levels is developed by the Ministry of Education. This is uniform throughout the country. The colegio in Agua Caliente must follow this regimen. The school year starts for most schools on Jan 15th and ends on Nov 15th.

The most expensive private schools cost over $2000 a year. The public schools are mostly free and the state does provide uniforms and shoes for the students. The religious schools costs between $20 and $50 dollars a month. In the case of the colegio in Agua Caliente the monthly tuition this year was $25.00.   The parents also have to pay for the uniforms and for the workbooks. The workbooks cost was $65.00 for the year.

Most of the expensive schools are in San Salvador and the students come from the wealthy of the country.   The public schools in general are not properly funded. This situation becomes even worse in the rural areas of the country.   I toured the grade school and high school in Agua Caliente. The grade school has about 600 students. That school is large but the buildings are in very poor shape. All rooms were just cement block and poorly painted. The play areas had no equipment in them and the soccer field and basketball court were poor. No real cafeteria or computer rooom. I am told that the roof leaks during the rainy season and that where are not enough workbooks to go around.   The teachers must make copies of the lessons on a daily basis. The school did not have a library as well.

The high school in the town has about 700 students. The facility was cleaner and I did visit the computer room.   The class rooms were small and appeared to be very full of students. I was shown the library which the principal proudly said was just started.   There were however very few books. Again the soccer fields and basket ball courts were very poor.   I was also surprised to learn that about one-half of the children come to school just one day a week on Sunday. That is because they most work to help their families during the week and most of them live in very small barrios in the mountains where the roads are bad and most do not have transportation to the school.

There are no school busses for the school systems even in San Salvador. This is way too much of a luxury that this country cannot afford.   Usually a person who owns a pickup truck can transport the students for a daily fee if they can afford it or come just once a week on Sunday to high school.

So particularly in the rural areas the schools are inadequte in number, size and qualified staff. Since the poverty rates in these areas is around 50% it becomes necessary for some of the children to begin working at the early age of 6 or 7.

Padre Fuentes always recognized that for the poor to have a chance to live a productive life they must have a solid base in a good education. He also knew that good Catholic Schools were very scarce in the mountainous areas of the country where Agua Caliente is located. And so his vision began. When one walks into the school grounds, it is so uplifting. It looks so new and freshly painted.   The school is clean and there are talented teachers doing their best to educate the students, knowing full well the sacrifice that their parents make to try and insure that their children receive a good edcuation within the the Catholic Tradition. 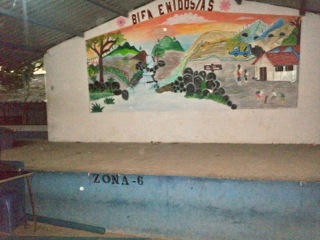 A small stage at the grade school 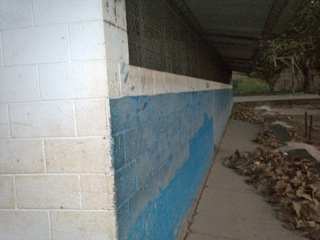 Poor condition of buildings one week before school starts 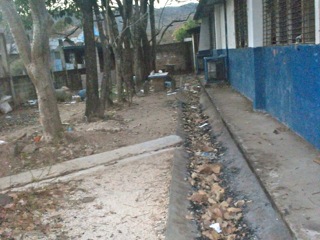 Condition of grade school one week before de school starts 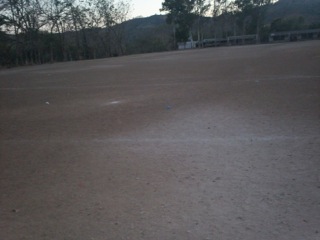 The dirt soccer field at the grade school 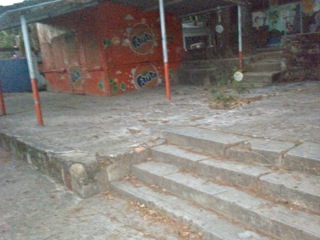 Gathering area probably for lunch and recess at grade school

The High School In Agua Caliente 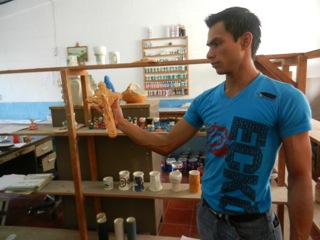 Pottery teacher at the high school 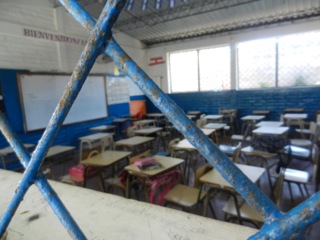 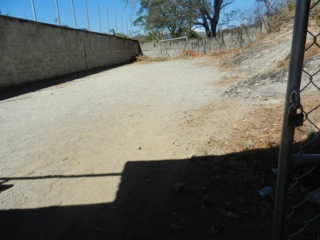 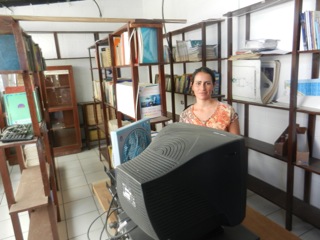