History of the Colegio

The Colegio Católico- Padre Nicolás Antonio Rodríguez Diocesen School, also referred to as “the colegio” or PNARDS, was started in 2010 by Padre Rafael Fuentes. The name of the school was chosen in honor of one of the first Salvadoran priests martyred by the miliary, at the beginning of the Salvadoran civil war in 1977. Father Rodríguez had been almost forgotten, but naming the school after him was a way to remember his ministry and his courageous fight to help the poor of El Salvador.

Since 2005, Fr. Fuentes had been serving as the pastor of the San José church, in the village of Agua Caliente where he completely rebult the church and rectory.  In 2010, he turned his attention to bringing an opportunity for Catholic education to the children. There are very few Catholic schools in El Salvador especially in the poor regions of the country.  in fact, in the Diocese of Chalatenango, which encompasses Agua Caliente, there is only one other Catholic grade school. A plot of land at the edge of town, belonging to the church, was chosen as the site for the school. On this three acre plot a single, one-story concrete building existed.  Padre Fuentes envisioned a school for kindergarten through ninth grade.

Agua Caliente is a town of about 10,000 residents. It supports a few local businesses and cottage industries, and is also a well-known milk-producing area. There is a pubic grade school and a public high school in the town. Both of poor quality. Surrounding Agua Caliente are several smaller, poorer villages, which may also have a grade school usually only up to the fourth or maybe the sixth grade at the most.

The Diocese of Chalatenango does not have funds to build a catholic school.  Fr. Fuentes knowing this had to find a way to fund such a project. He did this by his incredible ability to work with some lay people in el Salvador and by continuing to develop contacts with people and churches in the US.

Year One – 2010 – The  colegio opened its doors for its inaugural school year with three classrooms, 60 students in first, second, and third grade, 3 teachers, and a principal. Tuition was set at $20 per month for the 10 month school year, an amount that would allow even the less financially fortunate families in town to afford to send their children to the school. It provided a chance for a better education with a grounding in the Catholic faith.

Year Two – 2011 – A second set of classrooms was built, across the complex from the first set. The new building housed three additional classrooms as well as a principal’s office, a lounge/meeting room for the teachers, and an infirmary. Grades four and five were also added to the school, as well as teachers to support them. The center court between the two buildings was paved over to create a basketball court – although it’s mostly used for soccer!

Year Three – 2012 – A second story was added to the new classroom building, creating space for three more classrooms. With the additional classroom space, grades six and seven were added to the curriculum. A physical education teacher was also hired for all grades. A small cafeteria, which was part of the original building, was refurbished so that students could purchase breakfast, lunch and snacks during recess. In 2012, an English teacher was also hired.  Padre Fuentes believes that knowing English will help the children be better prepared for college and their future careers.

Year Four – 2013 – By this time, the school supported 10 teachers and 125 students. Tuition was raised to $23 per month. A computer lab was built over the cafeteria, with 25 computers, and the original building was converted in to an assembly hall, a small room where students can buy school supplies, a library, and a space for a kindergarten room. A new teacher was hired for the computer lab. Between the computer lab, the supply room, and the library, the colegio has resources that the public school in town does not.

Year Five – 2014 – With the addtion of kindergarten, eighth, and ninth grade, 2014 marks the first year that a “complete” grade school is in operation at the colegio. (In El Salvador, grade school runs from kindergarten to 9th grade.) A second story was added to the final building for 8th and 9th grade, and the remaining space in the assembly hall was converted into a room for the kindergarten. There are now 165 students and 13 teachers, as well as a school secretary and two principals (both of whom are also teachers). The tuition has gone up to $25 per month. To increase safety at the school, a 15-foot high concrete-block wall was built around the perimeter.

So one can see the incredible progress Padre Fuentes has made during these few years. It is truly one of a kind.  I have attached many pictures to this topic so all can see the progress.  During this same time he converted an existing building to a carpentry shop that is full of equipment and he has built a bakery cooperative on the site

The current project is probably the last building to be built on the site.  This project is commonly called the “Pilgrim House”.  This building will have bedrooms and dining facilties for visitors and interns. There will be meeting rooms as well for school consultations.  This building was begun in 2014  It is one of the projects where there is a high funding need in the near term. it is not completed yet because of lack of funds.

There are many opportunties to improve on the quality of the education at the colegio. Such things as a library full of spanish language books, maybe a science lab, a complete internet system for the computer room, better training for the teachers and an improved curriculum for all subjects. In order to keep the tuition low for the poor in the area, funding to maintiain the school remains a challenge. This is one of the areas of opportunity as we go forward. Finally Padre Fuente would like to build if there is room, and the money can be found, a formal kindergarden area, vocational training workshops and the chapel. Currently he says weekly Mass in the assembly hall, but a chapel for the children would really make this colegio complete for Padre Fuentes. He continues to wish, to pray and to act. All motivated by his love of God and the belief that by helping the poor he is doing what God has wanted him to do for his mission in life. 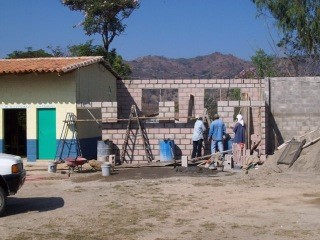 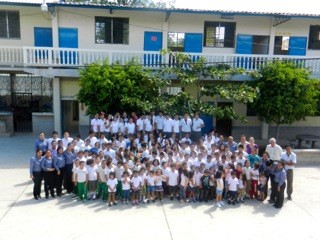 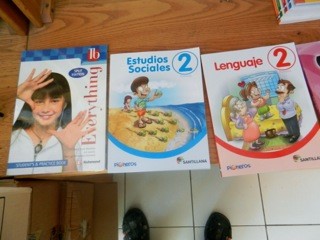 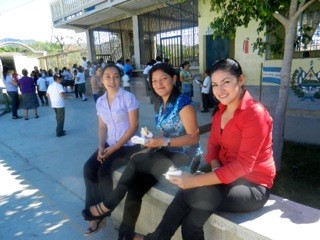 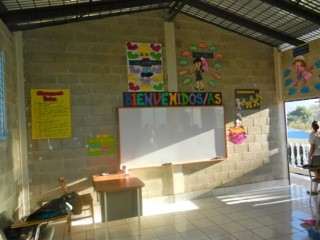 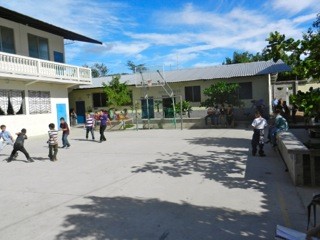 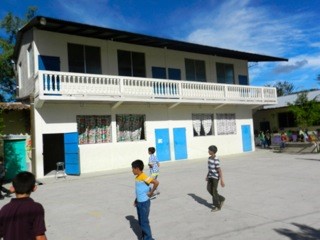 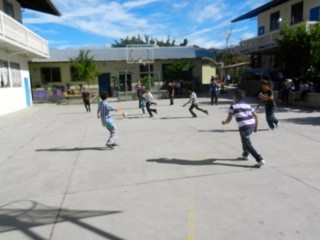 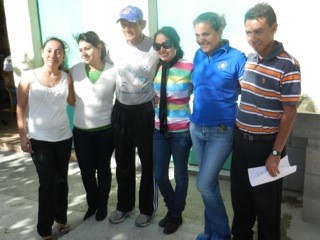 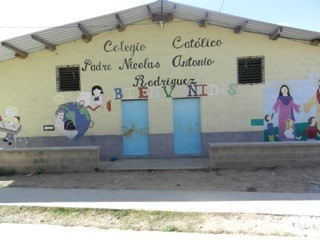 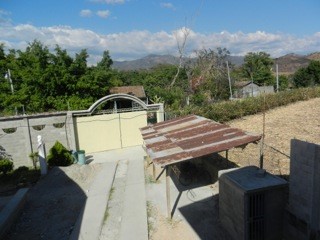 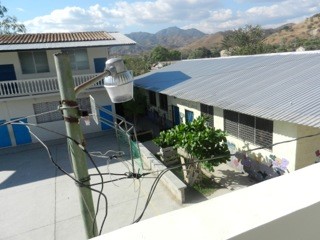 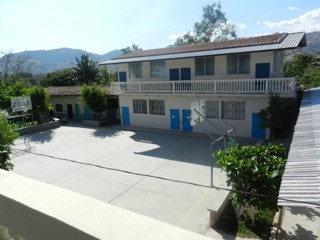 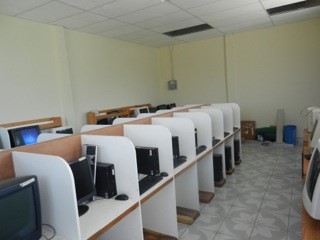 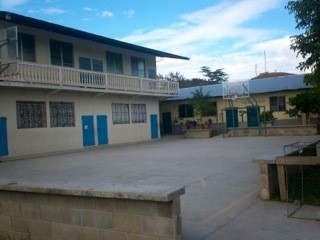 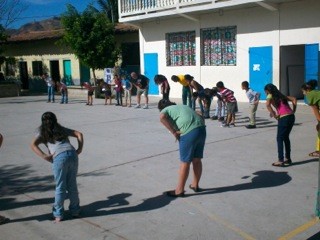 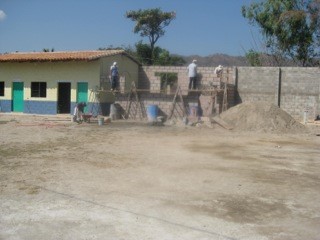 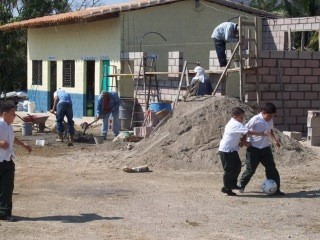 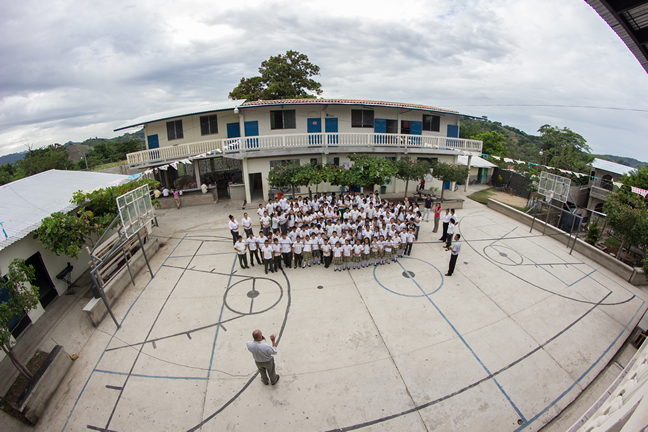 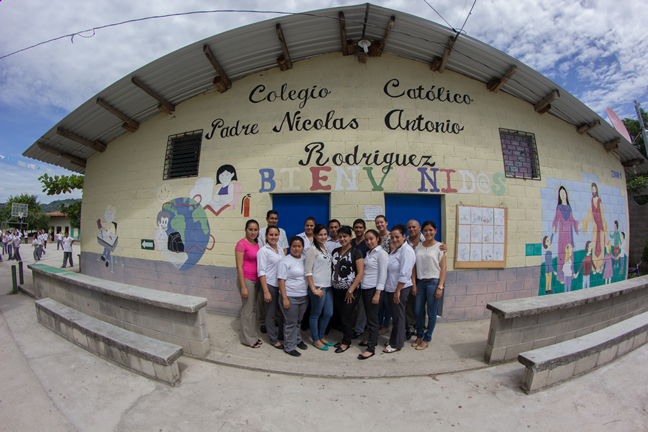 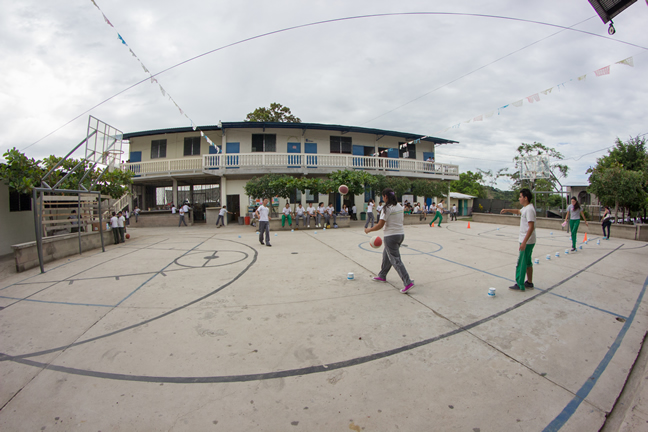 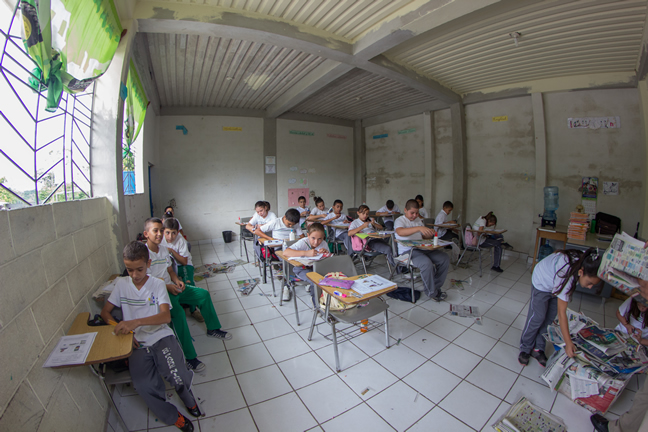 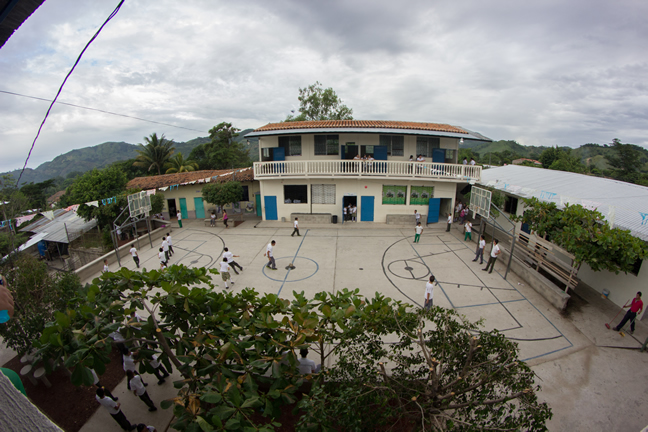 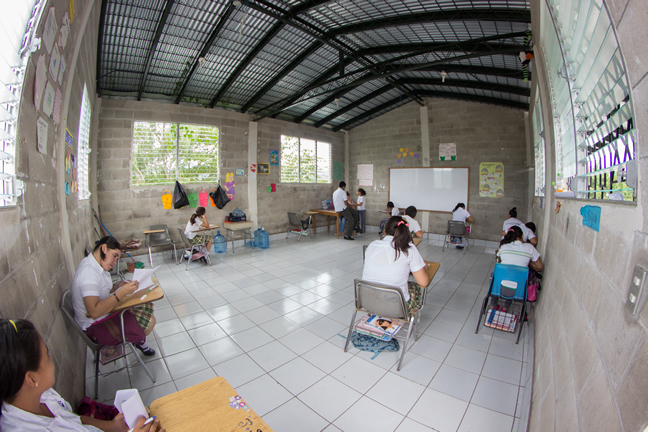